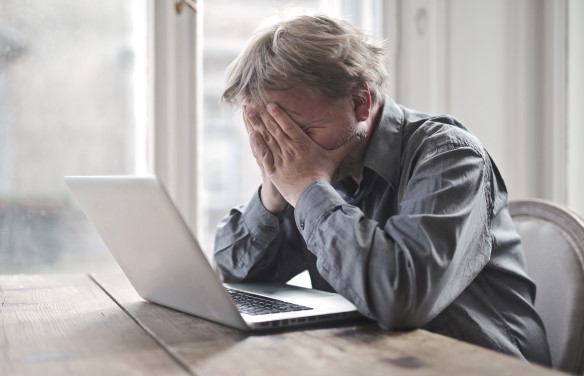 “Project Ezrah not only showed us how to manage our money and live within our means, they gave us a whole new life.”

“David,” “Jennifer,” and their four children look like a typical Bergen County family. But when they came to Project Ezrah they were suffering tremendously—financially, emotionally, and spiritually.

Going Downhill
David had worked in a profession he loved for 25 years and had reached a prominent and financially rewarding leadership position. However, when he was diagnosed with a serious medical condition that necessitated medicines and procedures that were not covered by insurance, he was forced to deplete his family’s savings and, eventually, even accrued a significant debt.

Hitting Bottom
Around the same time, he lost his prestigious job and became unemployed. To provide for his family, he accepted a less fulfilling job with a lower salary and long commute, and he and his family tried to adjust to this new reality. Three year later, the company lowered his salary significantly and the family simply could not pay their bills no matter how they tried. Thus began the nightmare of bounced checks, calls from the mortgage companies, and loss of credit.

David quit this job. With over 35 years in his profession, he thought he could find something better. That, unfortunately, did not happen, and the poverty, marital strife, unhappy children, and sense of professional loss became crushing and unbearable.

A Light at the End of the Tunnel
Finally, David and Jennifer began to work with Project Ezrah’s professional team of financial planners and job counselors. Ezrah took over all the family’s bills and connected them with a supporter who arranged for David to train as an administrator in a specialized industry. He also placed Jennifer (who had previously worked only part time) in a full-time position that had great growth potential.

Ezrah closely followed the couple’s finances. The couple paid as many of the monthly bills as they could manage on their own; Ezrah subsidized the balance. Within two months Ezrah was able to reduce the monthly aid by more than a quarter! Both David and Jennifer began to thrive in their new professional fields and soon were able to cover most of the family’s expenses.

It came to light that even before their financial fall, David and Jennifer had always had a problem with debt and overspending. With their careers back on track, the couple agreed that, to continue to live a financially healthful lifestyle, they needed financial counseling.

Working together as a team,* the couple created a budget with the Ezrah financial counselor and deposited their earnings in their Ezrah “account.” With this money, Ezrah paid their approved bills, and allotted a cash amount for sundries.

Living a Financially Healthy Life
Today, the family is fully self-supporting and have not needed financial aid for years. More important, David and Jennifer love their new professions and feel a true sense of fulfillment in their new careers. The children, living in a happier environment, are themselves happy and productive. Said David:  “The bitter medicine was a wonderful cure. After one year with Project Ezrah, I was a different person, we were a different family.”

* Note: At Project Ezrah we firmly believe: that in order to put a family back on the right path, both husband and wife must work together as a team; therefore, all meetings are held with both present.

How We Can Help You